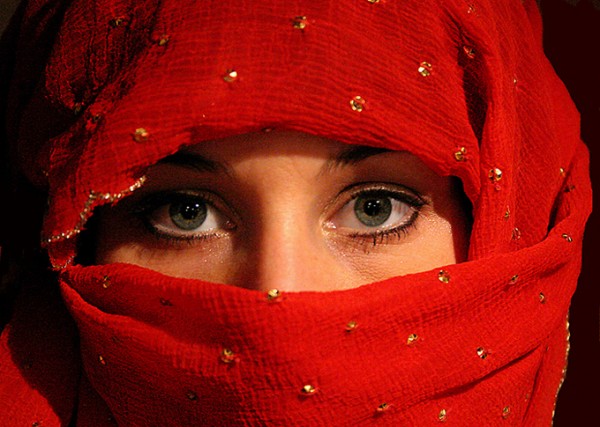 You see these eyes……...one of the most beautiful I’ve seen.
Har ghar kuchh kehta hai………like wise har aankhe kuchh kehti hai. Don’t flash lights upon us. It’s not good for my health…..alas! Most of us have experienced the flashing of lights of vehicle coming from the opposite direction in night. So what is its relevance in this blog which is mainly concerned with emotions. Well everybody, whosoever is accidently reading this, would agree that such flashing of light usually give rise to unpleasant feelings and negative emotions. Well whenever I come across such a situation, my first reaction is to curse the driver of coming vehicle. The cursing is even more when the coming vehicle is better than mine. In earlier days of my driving I use to choose a way back home which had least traffic just to avoid this but now a days there are a lot of homo sapience going their respective homes along with or opposite to me, thanks to population blast we are facing. So the final out come of this population problem was that this problem of flashing of lights in nights can not be avoided (I say government should do something regarding problem of increasing population). When it become inevitable that I face these things, I tried to adapt myself to these light.
My first reaction was trial of dipper in night but nobody in this city of ‘Nazakat & Nafasat’ cared to respond. It only resulted in my being frustrated. I was not able to understand why people don’t respond to the dippers. Was there something wrong in my technique of doing or people comprehend them like some alien signals and decide to ignore them as accepting the presence of aliens may increase the already prevailing confusion of their lives. Next reaction was retaliation. I stopped giving and asking for dippers. I thought let them have a taste of their own medicine. To my surprise, I discovered that fact that eyes of all people are not alike. For few, light flashes at night are painful and for few they are pleasant. I also discovered the fact that giving straight lights to a bigger vehicle than yours might increase the speed of coming vehicle by some unknown mechanism. May be this law of reaction Newton forgot to discover….Eureka. My next reaction was of denial. When I faced lights, I told myself that it’s nothing. These may cause temporary blindness on roads but they won’t harm. That flashes may result in accidents but they won’t cause any damage to vision.
Between all these self interactions I also grew like my fellow city mates. Now I don’t give or ask for dippers at night. High intensity light flashes don’t disturb me. I just turn on one of the popular FM radio channel and drive absentmindedly and often I’m not able to recall how I reached home.
But every cloud has a silver lining. So even this city has few people, who know some driving etiquettes. Who give dippers in night. Give pass when asked according to the traffic rules. I often think of giving thanks to these people whenever I get dipper in night or get pass. But after asking from many learned people, I came to know that there is no sign in traffic books by which two vehicle drivers can say thank you to each other when they get good pass or dipper. It may not be a pressing concern for the city police currently celebrating traffic week. But there must be some way to express thank you to the fellow driver while driving if one appreciate other’s gesture.
Thanks for bearing with me.
Posted by Unknown at 9:58 AM